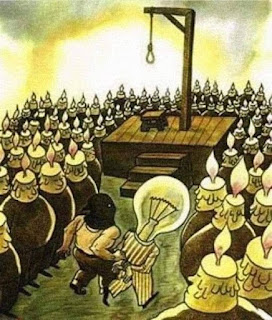 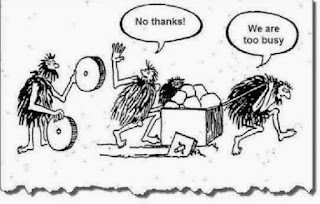 Out of Loss and Disappointment

Out of loss and disappointment, something good will happen. - me

Recently, much evil has been exposed, and that's a good thing. We now know the real truth about Amazon, Facebook, Twitter, and so forth.  We now know not to use services provided by these companies. Will I still by somethings from Amazon or Whole Foods?  Yes, But not as my first choice.  Also, I will not be using any of Amazon's technology such as AWS.

With a fresh new realization that Big Tech is not our friend, it is time to build a better mousetrap.  An ecosystem that is friendly to all of us who love God, country, and family values.  We despise the lies and bias of not only the media, but the control Big Tech has as well.  The Global Elitists, do not serve your best interest.  They only serve their own world view.  By not using their services, we deny their influence.

I, myself and working on a new project that addresses the core problem with Big Tech.  We can start with our boycott or refusal to use their products.  We can also use other products.  For example,  I now use Clouthub (Unlocked Logic).  My laptop runs on GNU/Linux.  There is more to come.  This is a start of something new.  The future awaits us all.  Let's make it better!

Why the Year 1990 Was So Important

For most people, the year 1990 was nothing important worth remembering.  In fact, most of what happened, I won't bother mentioning.   However, there were three very important things that did occur relating to one person.  One of those three things is having a major impact on peoples lives today.

1.  President Bush broke his campaign promise to the American people to not raise taxes.  His 1988 motto was, "No new taxes".  Within the 1900 budget agreement, created a new series of taxes called, "luxury tax".  That sounded good to some folk, but the results were disastrous.

I lived in a community where one of the main employers was a yacht builder.  Apparently, yachts were considered a luxury.  This new tax caused them to loose new orders for yachts.  This had a devastating affect on the local economy where I lived.  It left many people including myself out-of-work.

2.  While all this economic turmoil is going on, President Bush gave an executive order to raise the minimum requirements for unemployment benefits.  This had a devastating impact on those of us who wanted to collect unemployment benefits to survive on.  At that time, I felt like our president double betrayed us.  These two events caused a terrible recession.

3.  The third thing our president did was something I was unaware of until 2018.  It was the biggest bombshell of all of these three items.  It was called, "The 1990 Immigration Act".

The bill was sponsored by Ted Kennedy.  It was passed with bipartisan support.  Here is the list of Senators that voted on this bill.  The House had a unanimous approval vote.  The bill was signed into law on November 29th, 1990.  At the time, it seemed mostly harmless.  It would eventually unpack into a behemoth of economic destruction that still affects working Americans today.

This new act allowed the creation of temporary work visas for jobs that were not in the agriculture sector.  The most infamous of those visas was, H1B.   While it was very obscure at first, it became a machine for cheap immigrant labor during the dot com explosion.  Big corporations saw this as an easy way to get cheap labor.  No need to sponsor a green card immigrant.  Just call an employment agency to find a cheap immigrant labor to do the job an American can do.  Originally, they were supposed to be short term temp labor.  Instead, new loopholes were found, created, or converted to green card, to extend those temp workers.  This allowed them to replace highly skilled Americans.

Another problem is the affect this has had on the job market.  The massive influx of cheap labor has caused workers wages to go down or not increase the way it should during economic growth.  Real wages were not keeping up with inflation.  These saving at the cost of American workers income and job security.  I am a direct witness to this phenomenon.  The saying, "There are not enough skilled Americans to do those jobs", is a total lie.  There are more than enough local skilled tech workers and college graduates to fill all those positions.

In 2016, presidential candidate, Donald Trump said he would look into H1B visa abuse if he was elected.  After he won the election, he seemed to forget his promise.  He did a few minor things, such as ending the fake diploma mills that the foreign laborers were using to gain qualifications for those coveted jobs.  He also resisted the calls to expand the H1B program.  But in reality, the program is still untouched.

To the best of my understanding, the much needed repeal must be started by Congress.  Then our President would need to sign the bill into law to straighten out this mess.  We the people really need this to have a true economic recovery.

This is our country!  We can do those jobs!  Us tech workers need our elected officials to stand with us and let us go back to work.